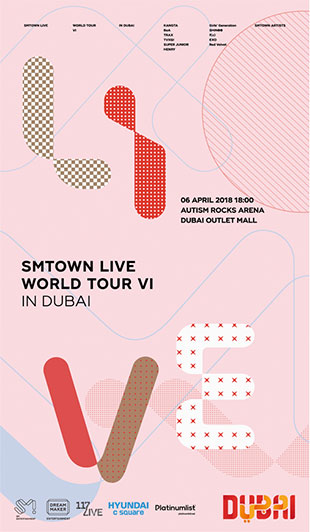 EXO, Red Velvet and other K-pop artist under S.M. Ent will perform at the organization's joint celebration show in Dubai one month from now.

The "SM Town Live World Tour VI in Dubai" will be held at Autism Rocks Arena in Dubai on April 6. The show will highlights top S.M. artists, for example, EXO, TVXQ, Super Junior and Red Velvet.

The SM Town Live arrangement is a joint show of recording artists under South Korea's biggest entertainment organization record label. It was propelled in 2008 and has been held in major cities around the globe, for example, New York, Paris, Tokyo and Beijing.