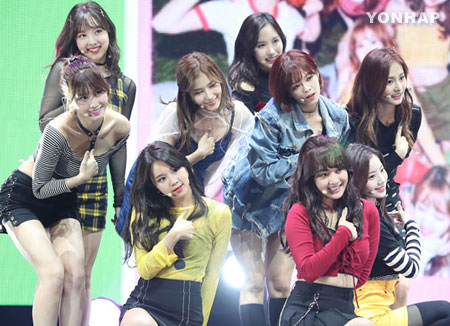 The song titled, "Candy Pop," is the second Japanese-dialect single from korean group TWICE and it topped the Oricon daily singles chart from Feb. 7 to 9, selling 211,473 copies altogether. The single has improved on their first Japanese single, "One More Time," which sold 158,733 during a similar period.

TWICE appeared in Japan in June 2017 with the compilation album, "#TWICE," and released, "One More Time," in October of that year.. The two albums were guaranteed platinum by the Recording Industry Association of Japan by selling more than 250,000 copies.