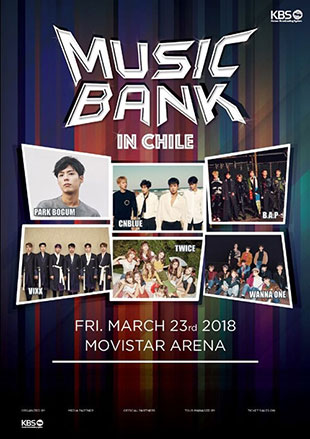 Actor Park Bo-gum, who has accompanied the 2015 and 2016 visit, will be the host of the show set to open at Movistar Arena in Santiago on March 23. Real acts, for example, Wanna One, TWICE, VIXX, B.A.P and CNBLUE will be among the performers.