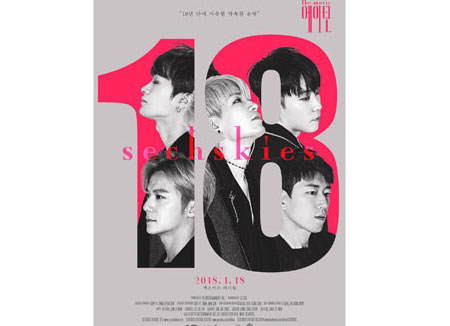 A new documentary film on the famous '90s K-pop band Sechskies will hit theaters this month.

The narrative titled, "Sechskies Eighteen" will open in Seoul, Incheon Jeju, Changwon and Yongin in a restricted release beginning January. 18.

The interview meeting is a focused documentary and will reveal insight into the group, which got back together in 2016 following a 16-year rest. It will dive into what the quintet experienced while delivering "Another Light," their fifth studio album released a year ago.

Debuting in 1997, Sechskies delighted in a fruitful run as one of the main original K-pop boy groups until the point when it separated in 2000.