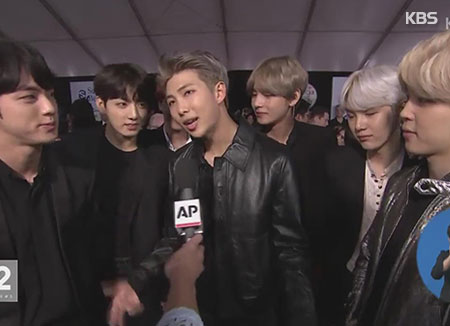 Popular K-pop boyband BTS has re-entered the main Billboard 200 chart in the U.S.

The group's most recent hit "Love Yourself: Her" positioned 198 on Billboard 200 on the U.S. weekly music ranking’s latest list which was revealed Tuesday local time.

The band initially joined Billboard 200 on Sept. 7 and remained on the chart for a month and a half with the positioning extending from fifteenth to 144th throughout the weeks. The song had left the chart starting a month ago, however the group's Nov. 19 performance at the 2017 American Music Awards is accepted to have assumed a compelling part in driving it go back up on the charts.