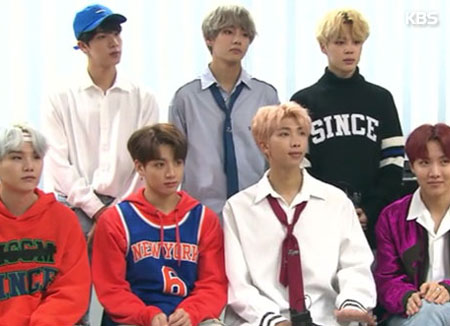 BTS' "Blood Sweat and Tears" has turned into the group's third music video to achieve 200 million perspectives a little more than a year since its release.

"Blood Sweat and Tears" is the title track from the group's second studio album "WINGS," which was released October 10, 2016. The popular music video recorded 100 million perspectives in February this year.

The MV hit the 200 million view markson October 29 at 5:45 p.m. KST and is the group's third music video to accomplish the feat following "Dope" in August and "Fire" in September of this current year.