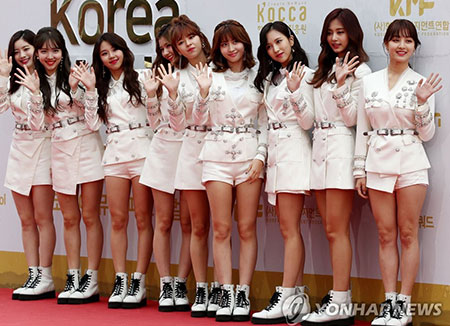 The young lady group TWICE is slated to release its first full-length album this month.

The album titled "Twiceagram," will drop October 30 with the title track "Likey." The nine-member teen sensation assumed control over the K-pop scene in October 2015 with "Ooh-Ahh," putting five back to back No. 1 tracks on the music ranking records at home. The greater part of its past works were released in shorter EP albums.

Throughout the end of the week, TWICE held a fan meeting at Kyunghee University in Seoul to stamp its two-year make a big appearance commemoration.