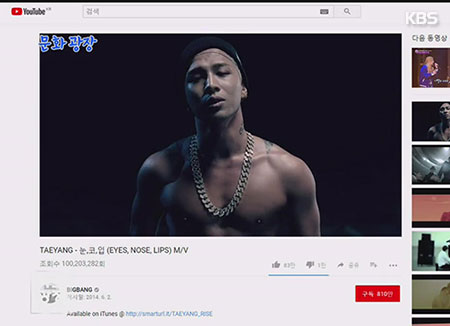 The music video for BIGBANG member Taeyang's hit "Eyes, Nose, Lips" has hit 100 million perspectives YouTube. It has turned into the tenth BIGBANG MV to achieve the point of reference.

Taeyang meanwhile is filling in as a judge and guide on the YG try out program, "MIXNINE."