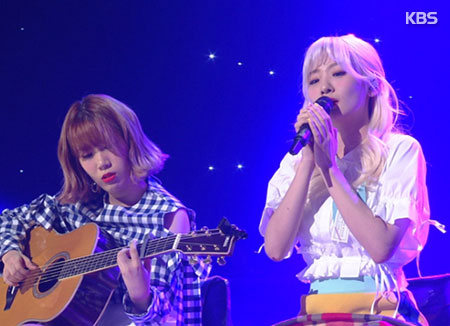 The indie pop duo Bolbbalgan4 has made a comeback with a brand new EP loaded with songs on affection and growing pains.

Titled "Red Diary Page.1," the advanced rendition of the album holds five songs while fans who purchase the physical album will be treated with a reward track.

The title song of the album is "Some," in reference to a neologism generally utilized as a part of Korea that implies the confounded stage amongst kinship and sentiment. The reward track in the CD is an adjusted adaptation of "Some"