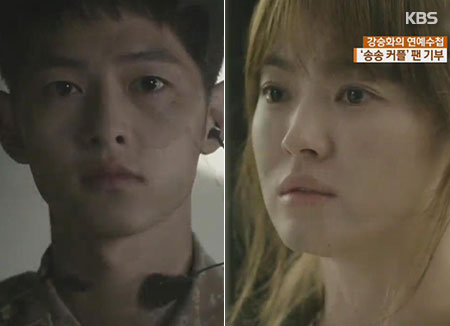 Song Joong-ki and Song Hye-kyo have come back to Korea from their wedding photograph shoot in San Francisco, California.

Reports have uncovered that the soon-to-marry couple left for the United States on September 3 for their photograph shoot and came back to Korea on September 13. The wedding photograph shoot was finished by close friend and superstar picture taker Hong Jang-hyun and the couple was joined by hairdressers, cosmetics specialists and staff individuals on their outing.

The Song-Song couple, as they are warmly called, will be holding their pre-marriage ceremony on October 31 at the Shilla Hotel in Seoul.