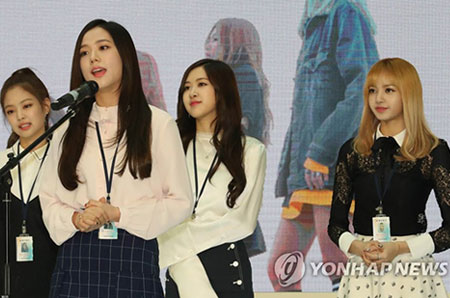 Selling 39,000 copies since its Aug. 30 release, the group's Japanese presentation EP album titled "BLACKPINK" is at No. 1 on Oricon's week by week CD album graph as of the week of Sept. 11. Oricon is Japan's key music deals tracker. The EP incorporates the Korean and Japanese forms of the gorup's hits "Boombayah," and "Shriek" among others.

With the feat, BLACKPINK became the third-ever international artist to conquer Oricon’s weekly chart through a debut record after Russian duo tATu in March 2003 and 2NE1 in September 2011.