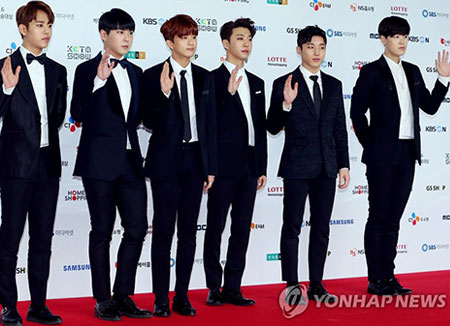 The group B.A.P have made their official comeback with the music video for "Honeymoon"

"Honeymoon" is the title song for the group's seventh single album titled, "Blue." It's a pop dance song that incorporates electronic, unique whistle sounds and specialized guitar riffs. In the music video the individuals from B.A.P are shown outside in dream-like scenes among nature.

The new single incorporates two a greater number of songs other than "Honeymoon" titled "All the way up," and "Rewind."