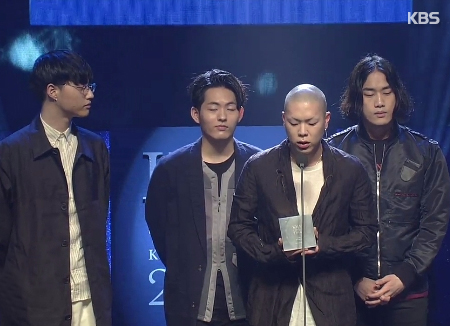 The indie rock sensation, Hyukoh, will set out on a North American tour, going through eight urban areas in the U.S. as well as Canada this month.

The band will commence the visit at The Opera House in Toronto on September 9, and complete the visit in Vancouver on September 23 in the wake of going through six U.S. cities including New York, Boston, San Francisco and Los Angeles.

Releasing its initially full-length album "23" in April, the band has been holding shows in Japan, Hong Kong, Taiwan and Thailand for as long as three months.

While in North America, the band will likewise participate in Vancouver's renowned worldwide Albatross Music Festival and the Modern Sky Festival 2017 in Arcadia, California.