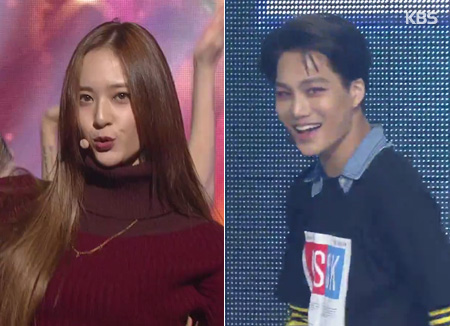 It was confirmed this week that after a year of dating between f(x)'s Krystal and EXO's Kai, they have ended their relationship.

Krystal is preparing for her role in a fantasy romance drama "Bride of the Water God", while Kai is also preparing for a drama at KBS2 called "Adante".

According to SM Entertainment, the two have decided to part ways. Their relationship was first revealed by a media source back in April of 2016.