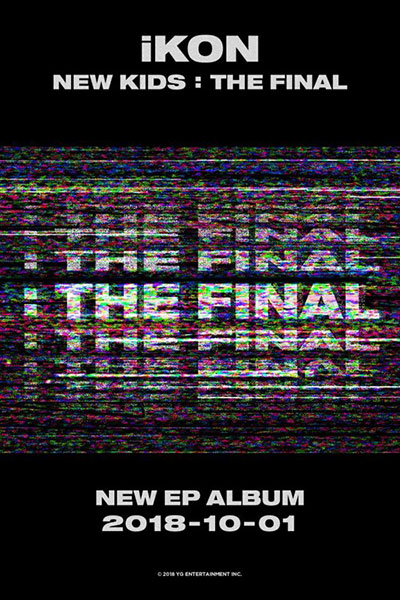 K-pop idol group iKON will release its new EP toward the beginning of October.

The new EP titled, "New Kids: The Final," will drop on October 1. It will be the third release from the group in 2018 since releasing "Return" in January and "New Kids: Continue" in August.

Since appearing in 2015, iKON has made huge progress with "Love Scenario," the fundamental track from their second full-length album.

The group as of late performed at the end function of the current year's Asian Games in Jakarta on Sept. 2.