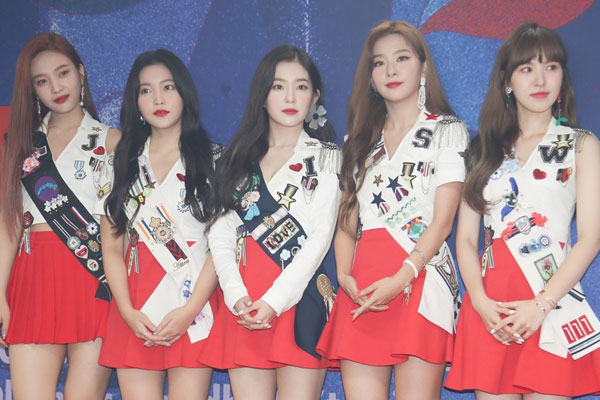 Red Velvet's new summer song is proving to be a suprising summer hit in the local music charts.

On Tuesday, less than one day after its release, the song "Power Up" has topped the single charts of a few major online music stores.

The principle track of Red Velvet's new album "Summer Magic," depends on an addictive eight-beat rhythm that is regularly utilized as a part of computer game background sounds. The album itself is additionally besting every day deals charts at key online book shops.