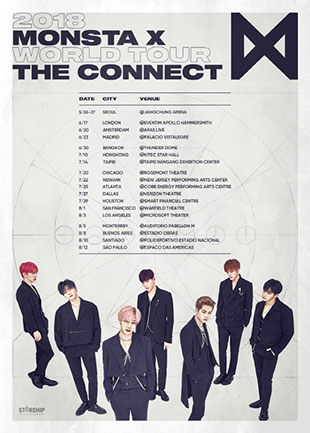 Korean K-pop boy band Monsta X will start their world visit in Seoul and perform in 18 cities around the world.

The seven-member group will hold a tour titled "The Connect" in 18 city communities around the globe including London, Amsterdam, Madrid, Bangkok, Hong Kong and New York. The visit will start in late May and complete in late August.

The group held a world visit titled "Beautiful" eight months back. Their 6th EP "The Connect: Dejavu" which was released in March beat the iTunes K-pop album chart in 25 nations.