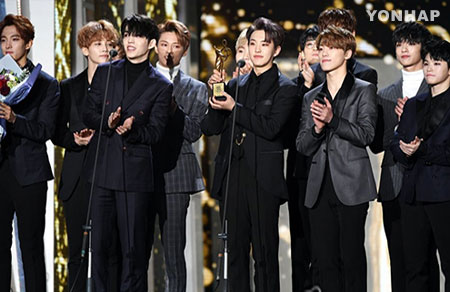 The group's management has declared that Cho and SEVENTEEN will perform together amid the opening phase of his sold-out show in Seoul, slated for May 12 at Jamsil Sports Complex.

Cho is said to have welcomed to group in the wake of being awed by their cover of one of his hit “Short Hair” on a TV show.

In the wake of commencing his visit in Seoul, Cho's shows will be held in different cities around Korea to commend the 50th commemoration of his debut as a singer.