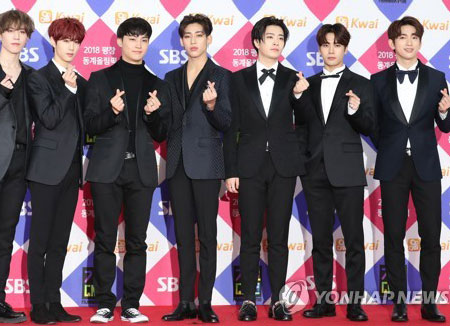 K-pop boy band GOT7 will release another Japanese single in June, setting out on an across the country special visit in Japan.

The new single, titled "The New Era," is set to be pre-released on May 7 and incorporates the title track of a similar title and another track titled "Shining on You."

To promote the new album, GOT7 will hold a tour through six Japanese cities under the title "GOT7 Japan Fan Connecting Hall Tour 2018: The New Era." Before the album's release, the group will launch their reality visit, "GOT7 2018 World Tour Eyes On You," with shows in Seoul on May 4-6.